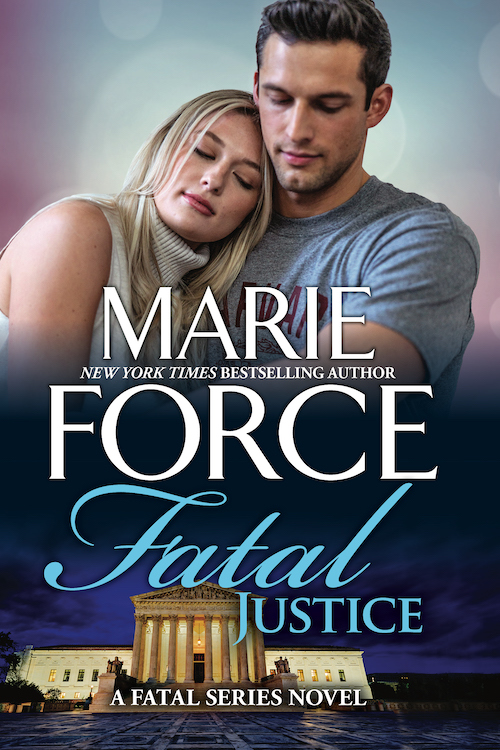 Standing over the body of a Supreme Court nominee, Lieutenant Sam Holland is hip-deep in another high-profile murder case.

That she was one of the last people to see Julian Sinclair alive only complicates things even more. With her relationship with Senator Nick Cappuano heating up, they’re attracting a lot of unwanted media attention and blinding flashbulbs. The pressure is on for Sam to find Sinclair’s killer, but a new lead in her father’s unsolved shooting puts her in unexpected danger. When long-buried secrets threaten to derail her relationship with Nick, Sam realizes that while justice can be blind, mixing romance with politics has the potential to be fatal.

As Sam raised her right hand to take the oath that would make her a lieutenant, every cell phone and pager in the room began to vibrate.

Tearing her eyes off the city clerk, she ventured a glance at her partner, Detective Freddie Cruz, and noted the grim expression on his handsome face as he checked his pager.

The moment Sam said the final words of the oath, several of the other officers in the room bolted for the doors, calling out that they’d see her later at the party. She heard one of them say, “DD, mass cas.”

“…I have tremendous confidence that she’ll continue to serve with honor and distinction in her new role,” concluded Chief Farnsworth, a man she’d called Uncle Joe when she was a child. “It’s my great personal and professional honor to introduce for the first time, Lieutenant Sam Holland.”

Contending with a huge lump in her throat, Sam received the thundering applause from the colleagues who remained in the room. Her sisters, Tracy and Angela, stepped forward, followed by their father in his motorized wheelchair.

As her sisters pinned on the gold bars, Sam marveled at the surreal sensation. Thanks to the dyslexia she’d battled all her life, she hadn’t allowed herself to imagine this moment. Tears wet her father’s cheeks as he watched from his chair. He loved his three girls passionately, but the special bond he shared with Sam was obvious to everyone who knew them.

Once the bars were in place Tracy and Angela stepped back.

Sam leaned forward to rest her head on her father’s shoulder, which was a poor substitute for the hug she’d have given anything to receive from him right then. Two long years had passed since he’d last been able to hug her.

“Congratulations, Lieutenant,” he said in a gruff tone.

He kissed her cheek.

She turned to shake hands with Chief Farnsworth.

Watching the remaining cops leave the room, Sam had to hold herself back.

“It’s okay if you want to go with them,” Nick said from behind her.

He leaned in and kissed her square on the lips in front of her father, her sisters, the chief and the mayor. The mayor, for God’s sake!

“Thank you,” she muttered. She planned to speak to him once again about his inappropriate PDA habit once they were back in that stupid limo he’d insisted on to transport them around the famously congested District of Columbia on their big day.

“The uniform is h-o-t,” he whispered in her ear. “I’ll need a private viewing later.”

“Stop.” She pushed at his chest. Even through the suit she could make out the pronounced contours of his muscular pectorals.

His full, sexy mouth lifted into the smile that promised carnal delights, and Sam’s panties went damp. That was all it took, and he knew it.

As they partook in the coffee and pastry reception, Sam felt twitchy with anxiety as she waited to hear something—anything—from the scene of the domestic disturbance. Sipping her second diet cola of the day, she watched Nick share a laugh with her father and was grateful that the two of them had bonded over their shared concern for her safety. She wished they were a little less concerned, but hey, at least her father had stopped trying to intimidate Nick every chance he got—something Skip was still quite good at, even from his wheelchair.

Angela and Tracy materialized out of the crowd and linked their arms through Sam’s.

“Ready to move on to part two?” Tracy asked.

“Do I have to?” Sam asked, a shaft of pain through her midsection reminding her of her many worries about Nick’s new job. It also reminded her that she’d promised him she would have this annoying stomach situation checked by his doctor once the O’Connor case was closed. She hoped he would forget but knew he wouldn’t. “I need to get changed.”

Sam signaled to Nick that she’d be right back and headed for her new corner office in the detectives’ pit where she had stashed a change of clothes earlier. The suit she’d paid way too much for hung on a hook behind the door.

“Come in here and help me, you guys,” Sam called to her sisters. “I’m all thumbs.”

Angela and Tracy marched through the door and took over, changing Sam out of her uniform and into the black suit with a subtle silver pinstripe. The three-button jacket revealed just a hint of her substantial cleavage, but she worried it was too much. They capped off the outfit with Sam’s prized black Jimmy Choo heels and their grandmother’s pearls, which Sam hoped lent her an aura of respectability.

Angela helped Sam with the shoes, straightened and then wobbled. “Whoa,” she said, reaching for the wall to steady herself.

“Nothing. Just got dizzy for a minute there.”

“Maybe,” Angela said sheepishly. “I’ll grab something on the way to the Capitol.” Turning her attention on Sam, she added, “You look fabulous, Sam. Absolutely gorgeous.”

Sam tugged at the top button of the suit, willing it up another half inch. But the moment she let it go, it slid back down over breasts she thought were far too big. “It’s not conservative enough.”

“Well, since Nick is a flaming liberal, that shouldn’t be a problem,” Ang joked.

“Very funny,” Sam said. “The chief justice of the Supreme Court is swearing him in. He isn’t going to want to see my boobs.”

Sam fought to swallow the lump of panic forming in her throat. “I can’t do this, you guys. I’m not cut out to be a senator’s whatever I am.”

“Love of his life?” Angela said.

The poignant simplicity of her sister’s statement nearly undid Sam.

“You look beautiful, classy and elegant.” Tracy smoothed her hands over Sam’s lapels. “Nick should be honored to have you by his side today.”

“He is,” Nick said from the doorway.

Startled, they turned, and the love Sam saw in his gaze chased away all her fears.

Tracy cleared her throat. “We’ll, ah, go get Dad and Celia and see you at the Capitol.” Grabbing Angela’s arm, she steered her younger sister out of the office.

Sam continued to fiddle with the low-cut jacket.

Nick retrieved her hand and brought it to his lips. “You’re stunning.”

“This suit is all wrong,” she said, unaccustomed to wardrobe malfunctions of this magnitude. Fashion was the one area of her life where she was usually one hundred percent confident. “I don’t know what I was thinking. It shows too much—”

He put his arms around her. “It’s beautiful, you’re beautiful and I love you. I was so proud of you in there, watching your sisters pin those gold bars on your collar.”

Touched, she worked up a smile for him. “You understand why I asked them and not you, don’t you?”

“Of course I do. They stood in your dad’s place. It was perfect.”

“Thanks,” she said, relieved that he understood—that he always seemed to understand. Tall herself, she had to tip her head back to meet his hazel eyes. At six-four, he was one of the few people in her life who towered over her. “Are you ready?”

The slight hitch in the deep breath he released was the only sign of nerves she could detect in his otherwise cool demeanor. “As ready as I’ll ever be.” He offered her his arm. “Shall we?”

Sam hesitated but only for a second. He was everything. To deny that would not only be foolish, it would be pointless. She hooked her hand through his arm. “Absolutely.”

An hour later, as Sam stood under the Capitol dome and held the O’Connor family Bible while Nick swore to preserve and protect the Constitution of the United States against all enemies foreign and domestic, it occurred to her that his big day trumped hers by a mile. The president of the United States, a close friend of the O’Connor family, surprised Nick by showing up with the first lady.

It was the second time in a week Sam had seen President and Mrs. Nelson. The first time had been at John O’Connor’s funeral where she also met Nick’s father, Leo. Today, Leo had brought his pretty young wife and adorable three-year-old twin sons, and Sam was once again struck by Leo’s youthfulness. Since he was only fifteen years older than Nick, it made sense that he looked more like Nick’s brother than his father.

The entire O’Connor family had come. Sam could only imagine how difficult it must be for them to watch their murdered son and brother’s best friend replace him in the Senate. John’s father, retired Senator Graham O’Connor, had handpicked Nick for the job. And while Graham and his wife Laine’s eyes shone with pride as they watched the man they thought of as a son take the oath of office, Sam could also see the heartbreak. Their loss was so recent and raw, and was made worse by the fact that John had been taken from them by his own son.

Before Sam knew it, Nick was declared a United States senator, and he had committed the next year to the people of Virginia. As Nick shook hands with the president, Sam hoped her crazy job wouldn’t somehow ruin it for him. 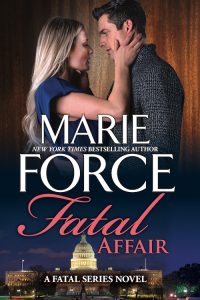 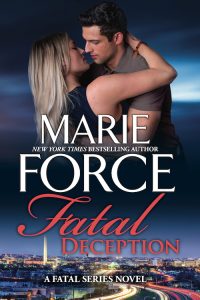 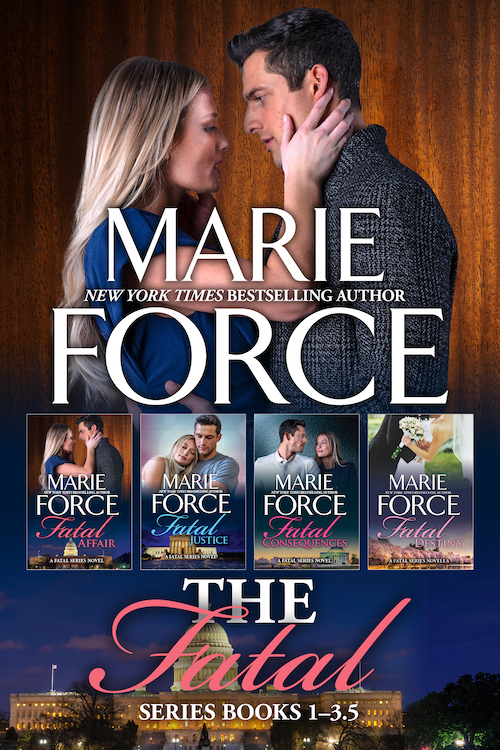 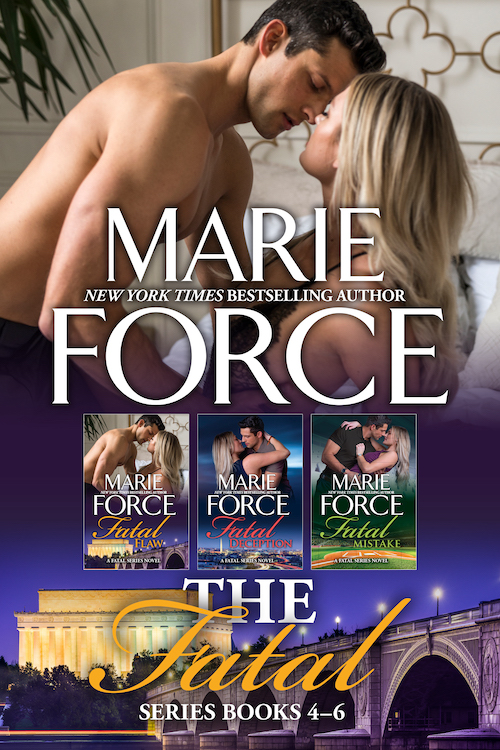 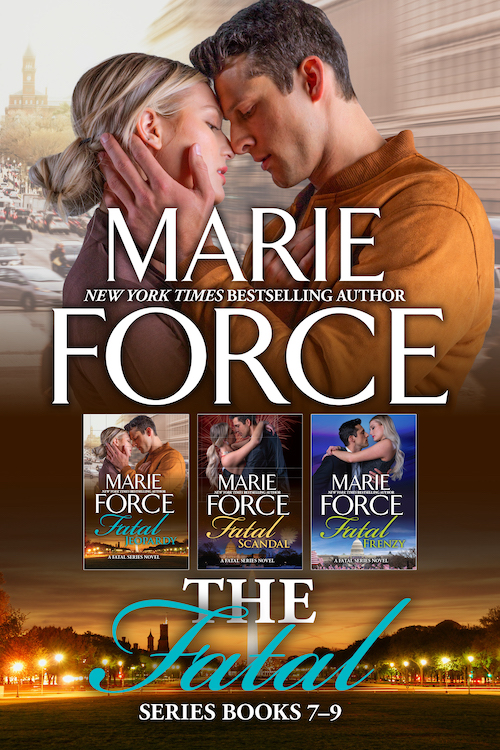 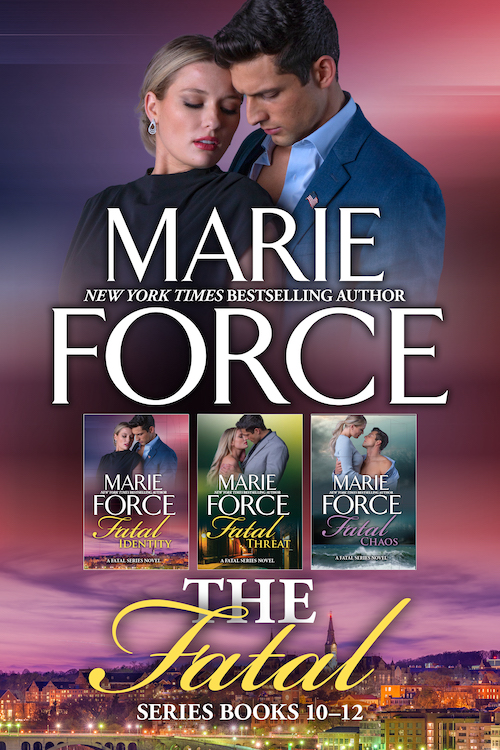 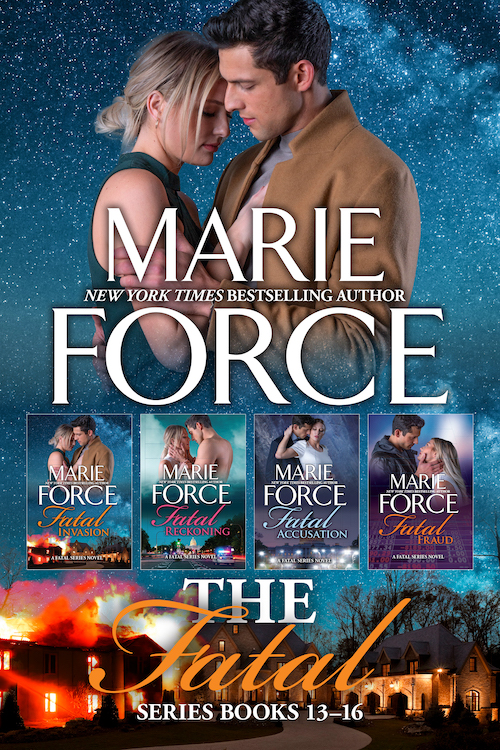 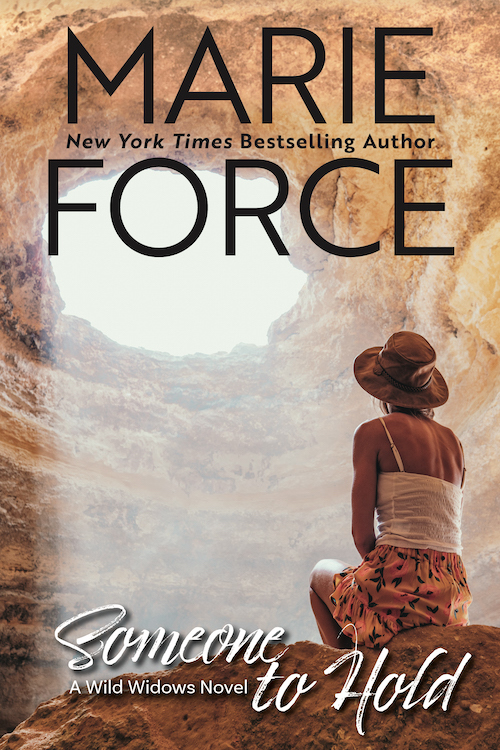