One Year Home Is a Bestseller 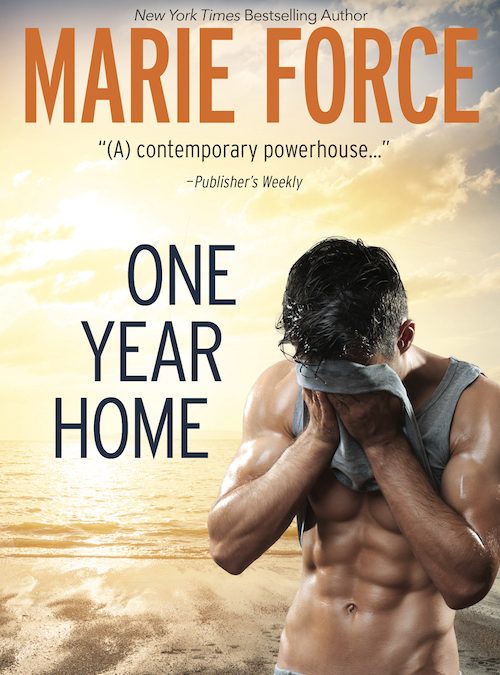 The Aug. 6, 2019, release of  One Year Home, the follow up to Five Years Gone, is a USA Today bestseller, coming in at no. 22, and a Wall Street Journal bestsller, landing at no. 8 on the ebook list.

One Year Home follows the story of Capt. John West after he returns home a hero but has lost the love of his life.

“Simply put: One Year Home made my heart happy. Through all of the ups and downs, angst and darkness, unexpected love and insurmountable odds, this powerful novel pulled at my heartstrings and left me breathless.” A Top Pick from Sara at Harlequin Junkie

“What’s with the weepy chick in the corner?” Owen asked as they set their guitars into stands.

Evan looked over at her again, noting that she continued to stare off into space as if she had no clue she was in the midst of a bar full of people having fun.

“We’re not under any obligation here, are we?” Owen asked warily, eyeing the table full of friendly women.

“Dude, just because your folks own the place—”

Confused, Owen stared at him. “Huh?”

“What would Big Mac do?” Evan asked, knowing the answer to his question before he asked it.

Wincing, Owen said, “Bring a gun to a knife fight, why doncha?” He accepted a couple of beers from a waitress and handed one to Evan.

“I could ignore it and go about my life, but his voice would be in my head, ruining whatever fun I might be trying to have,” Evan said. “He’d be saying, ‘How could you leave that gal crying all alone, son? Especially when she’s a guest at our place? That’s not the kind of man I raised you to be.’”

Owen busted up laughing. “Jesus, you sound just like him.”

“Years of intensive training, my friend.” Evan took another look at the young woman, confirming she was still there and still miserable. With a resigned sigh, he said, “Wish me luck.”

Owen touched his bottle to Evan’s. “Go get her, tiger. I’ll entertain the other ladies for both of us.”

“Gee, you’re a pal.” Like a condemned man heading to the gallows, Evan started toward the corner table. As he passed the perky blonde, he sent his regrets with a shrug and a rueful grin. Would’ve been fun. He approached the corner table and plopped down, startling the crying woman. “Now tell me this—what in the world could’ve ruined such a great night for such a pretty lady?”

- He gave her a hand when she needed it. Can he give her forever? Evan & Grace are HOPING FOR LOVE in this Gansett Island series novel. Dive in this read today: marieforce.com/hopingforlove/ ... See MoreSee Less

“What’s with the weepy chick in the corner?”

We're talking about FOREVER FREED with NY Times Be

Grant was trying frantically to remember just how

“You didn’t want to go?” She wrinkled her no