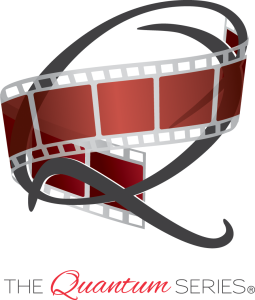 “I’ve got to do something. He’s driving me crazy. Ever since I told him I’m pregnant, he allows for only gentle missionary at a time when I want it more than ever.”
“That’s pregnancy for you,” Aileen says.
Ellie nods in agreement. “What she said.”
Marlowe snorts with laughter. “Poor Flynn. He’s gone soft on us.”
“Poor Flynn? What about me? He’s gotten me addicted to his concept of more, and now he takes it away from me just because I’m pregnant? How is that fair?”
“Have you thought about taking the bull by the horns,” Ellie asks, cringing. “I can’t believe I’m actually discussing my brother’s sex life.”
“You’re discussing my sex life,” I tell my sister-in-law. “Pretend like he’s not your brother.”
“Um, okay,” Ellie says. “Like that’s not weird, too.”
“Come on! I need help here. I can’t deal with tame and neutered Flynn for eight more months! It’s like he’s been abducted by aliens or something.”
“Back to Ellie’s point,” Addie says. “Have you tried taking the lead?”
“Not really. He’s always the one to lead. I just willingly follow because he makes it so good for me. Before I was pregnant, that is.”
Ellie covers her ears. “I can’t. I just can’t.”
“Stop being a baby,” Marlowe tells her, giving her a gentle shove. “And speaking of babies, is Jasper different with you since you got pregnant?”
Ellie drops her hands from her ears. “Not really. He’s still the same old dominant Jasper he’s always been.”
“So it’s only Flynn who decides to stop being a Dom the minute his wife gets pregnant?” I ask, feeling despondent. It took a lot of courage for me to bring this up to my friends during our girl’s night out to happy hour during which Ellie and I are drinking water while the rest of them enjoy cocktails. I’m counting on them to help me figure out what to do with the lamb that my lion of a husband has turned into over the last few weeks. I can’t believe I’m going to say this out loud, even to myself, but our usually crazy sex life has gotten kind of… boring.
“He’s still a Dom,” Marlowe assures me. “He’s just a Dom with a pregnant wife who he wants to protect.”
“I don’t need protection. I need hot sex with a dose of BDSM, which he’s taught me to crave.”
“Have you told him that?” Addie asks, wincing. She’s Flynn’s longtime assistant and is like a fourth sister to him.
“Yes! Repeatedly. He just shakes his head and says not now. Not while you’re pregnant.”
Aileen, who’s been silent up to now, clears her throat. “If I may suggest… Being somewhat new to the lifestyle, I’m not sure this is even a thing, but can you turn the tables on him?”
“How so?” I ask, intrigued by the idea.
“You become the Dom and force him to submit to you. While you have him where you want him, get him to agree to a few things before you let him, you know…” Aileen’s face goes bright red.
“Come?” Marlowe says.
Aileen nods and takes a drink from her cocktail. A big drink.
“I like that idea.” My mind races with scenarios and possibilities. “I like it a lot.”
“You think he’ll go for it?” Addie asks. “Flynn’s not one to take orders from anyone.”
I flash her a big, confident smile. “Well… I’m not just anyone, am I?”