The Making of Quantum

I love all things celebrity. I devour People magazine the minute it’s delivered. I watch Extra every night to keep up with all the goings on and I absolutely ADORE award season. So it stands to reason that one day I’d write a book (or three or four or five) about a movie star, right?

Funny sidebar here… When I was first talking about the initial Quantum trilogy, I would say: Picture George Clooney, falling crazy in love and forgetting about all his earlier vows to never marry again. In April 2014, I was on vacation in Jamaica and saw these words on Facebook: George Clooney Is Engaged! I levitated out of bed. NO WAY! How can he do this to me when I am using HIM as the prototype for my actor hero in Quantum? I didn’t speak to George for a few months, but we’ve since made up.

Anyway… Flynn Godfrey, biggest movie star in the world, is filming scenes in a park in Greenwich Village when he literally runs into Natalie Bryant, out for a walk with her aging dog Fluff. Chaos ensues. Natalie gets the wind knocked out of her, Fluff bites Flynn and a dazzling romance is born on a freezing cold January day in New York City.

I’ve had the character of Flynn in mind for years, and I’ve been dying to write his story, but time has always been an issue. So many books to write, so little time.

One of my favorite themes in the first three Quantum books is how Natalie comes to see that there is so much more to Flynn than what’s reported in the media. And as these three books progress, we find out just HOW much there is to Flynn. He’s a sexual dominant for one thing. Yeah, that’s not something reported in the media, and it’s not something Natalie knows for quite some time. Within an hour of their meeting, however, Natalie says she won’t sleep with him. She comes right out and tells him that, which startles and fascinates a man who isn’t used to women saying no to him—about anything.

Flynn is so enraptured by Natalie that he convinces himself he can change who he is to be what she needs. Is that a recipe for disaster? You’ll have to read the initial trilogy to find out whether these two can make a go of a relationship when they are coming at it from such dramatically different points of view.

I found the writing of first-person to be extremely challenging, but in a good way. Victorious, the third book, was my fortieth release, so it felt good to stretch my writing muscles in a new direction at this point in my career. The funny stuff happened when I’d work on one of my other books during the writing of Quantum, dragging first person into a third person book and then bringing third person back with me to Quantum. Mayhem!

My brain had to be retrained, and I kept thinking about how proud my high school English teachers would be that I even know the difference between first-person present tense and third-person past tense. Believe me—it makes my head hurt just writing that. Don’t worry, though. I probably still couldn’t diagram a sentence if my life was on the line.

At the end of 2014, I had a delicious three-month window between deadlines for other books, and I decided to finally GO FOR IT with Quantum. I dove into the first book, Virtuous, and that came together pretty quickly. The initial trilogy opens the first weekend in January and is written around Hollywood award season, beginning with the Golden Globes in book one and culminating at the Oscars at the end of book three. A LOT happens in those two months.

Flynn is riding a career high as his movie Camouflage, the story of a wounded Special Forces officer, is up for all the big awards, including best actor. Sidebar: I was well into book three before I could write the word Camouflage correctly without relying on spell check. Thought you might like to know that! It was that pesky little u. It got me EVERY time!

Virtuous went really well. Valorous, book two, about killed me. Suddenly, I had carpal tunnel issues for the first time in my life. Perhaps it was that 5,000-word-a-day pace I was keeping? Remember: three-month window to write THREE full-length books. What the hell was I thinking?

But because I was planning on cliffhangers for the first two books, I was determined to get this trilogy out three weeks in a row so readers wouldn’t have to wait long for the next installment. As a reader, I HATE waiting. I couldn’t do that to my readers. I figure we can all wait one week for the next episode of our favorite TV show, so asking readers to wait one week wasn’t too much to ask. But that meant producing THREE full-length, 80,000-word-plus books in just over one hundred days. Again: What the hell was I thinking?

The good news is one early reader after another, including one of my agents, was absolutely HOWLING for more after they finished book one, and again after finishing book two. Score! That’s what I wanted to hear!

While I labored over the books, other fun things were happening in the background. I hired Zeb, a fabulously handsome model in LA, to portray Flynn on the covers of the trilogy. Then his agent gave me his Instagram info, and what do I see? His real-life fiancée is the IMAGE of my Natalie! It was kismet, I tell you! I asked (read: pleaded) to also hire Danielle, who is actually a medical student. After some back and forth, they agreed to do the shoot, and it was ON with photographer Scott Hoover at the helm.

The covers are…. Well, TO DIE FOR, right? My favorite covers of my career, hands down. After you read the books, you will also see how the covers quite simply tell Flynn and Natalie’s story in these perfect images.

Once we had the photos, my Designing Women, identical twins Ashley Lopez and Courtney Lopes (those are their married names—Lopez and Lopes—twins for life!) got busy creating the amazing covers. I love every detail, from the font used for Virtuous, Valorous and Victorious to the Quantum logo in the corner of each cover. The Designing Women did an amazing job of creating the Quantum brand.

What is Quantum, you ask? It’s Flynn’s production company—among other things, but you’ll have to read the books to find out what else…

Next up was the hiring of male and female narrators for the audio books. We listened to a LOT of auditions before my assistant Julie and I settled on the amazing voices of Cooper North and Brittany Pressley for the first three books. I normally can’t bear to listen to my books read for audio, but I absolutely love these two as Flynn and Natalie, and I hope you will, too.

While writing Valorous, I saw Virtuous through editing and proofing and beta reading. While writing Victorious, I saw Valorous through editing and proofing and beta reading. I ended up with a huge timing issue in Valorous as I attempted to match up my story to the 2015 award season. I printed a paper calendar that I kept with me at every minute as I wandered my house, dazed and confused as I tried to make it all work.

No wonder my head was about to explode as January went by at warp speed and my three months were nearly up! But the trilogy wasn’t finished. ACK! I have never wished for forty-eight hours in a day more than I did in November and December of 2014 and January 2015. HOW could days go by so FAST?

Thank GOD for snow. Yes, you heard me right. The epic snowy winter of 2014/2015 in the northeast saved my bacon because we were housebound weekend after weekend. Without the snow, I never would’ve finished these books in the time allotted. Did someone say bacon? I digress…

With a March 31 deadline looming for the next Green Mountain book, I began work on It’s Only Love at the same time I was finishing the trilogy, thus my first-person/third-person brain warp. Second thank God: my husband, Dan, who kept me fed and hydrated during this marathon and shoveled a shit-ton of snow, too. If I’d had to shovel with the aforementioned carpel tunnel issues, well, we’d be buried in ten feet of snow and waiting for the spring thaw.

I also can’t say enough about how instrumental Julie was in making this overly ambitious project happen. She kept a firm hand on all the details, from cover design to branding to adding a Quantum section to my website to managing the audio and print books. She was the majordomo, keeping everything moving forward while I handled the writing.

Special props also go to Holly Sullivan for her brilliant design of the ebooks and my darling niece Isabel Sullivan for the gorgeous design of the print books, all of which had to be put together twice. Don’t ask… Everyone on my team, including copy editor Linda Ingmanson and proofreader extraordinaire Joyce Lamb (speaking of saving my bacon on that timing issue), pitched in to make Quantum a reality, and I’m deeply grateful for their support and hard work.

I also felt this disclaimer was CRITICAL in the description of the books: If you hate dirty-talking heroes who put it all on the line for the women they love, who leave no desire unfulfilled, who will do anything it takes to protect what’s theirs…If elements of BDSM make you queasy, if smoking hot sex isn’t your thing, if cliffhangers make you rage, if you hate first-person points of view from the hero AND the heroine… this trilogy is NOT for you! You’ve been warned… If I saw this as a reader, I’d SNAP IT UP. But I totally respect that this story is not for everyone. I don’t want anyone getting something they aren’t excited to read.

I spent February actively writing two books: Victorious and It’s Only Love. That was fun. Not! A funny thing happened on the way to THE END: I got food poisoning on President’s Day and lost three days I could ill afford to lose at that juncture. I later said to Julie that the food poisoning might’ve actually saved my life because I badly needed a break and wasn’t about to take one on my own. That’s what it came down to: gratitude for food poisoning. I was losing my mind!

I finally finished Victorious on February 25, 2015. One hundred seventeen days and 245,000 words later. Author dead on arrival, but absolutely THRILLED by the way the first three books came together. I adore Flynn and Natalie’s story, and I couldn’t wait for readers to dive in on April 14, 21 and 28, 2015! Julie was about to kill me when she realized I’d be out of the country on April 21. As I told her, I’m going on vacation not to the moon—and they have WIFI there! We got through it and our three-week-in-a-row release was a big hit with readers.

I knew my readers would be asking about more books in the Quantum world, and they didn’t disappoint. The requests for more were instantaneous and loud, just what I wanted.  Quantum officially becomes a SERIES when Rapturous and Ravenous were released in 2016. Delirious, book 6, is releasing in 2017. Quantum is also going international with sales in Germany, France, Spain and Poland, among others.

Make sure you join the Quantum Reader Group at Facebook.com/groups/QuantumReaders/ for regular updates and news. And, as always, make sure you’re on my email newsletter mailing list to be notified of all the latest developments. Join at marieforce.com where it asks for your name and email address.

Thanks for reading, and I hope you enjoy the Quantum Series! 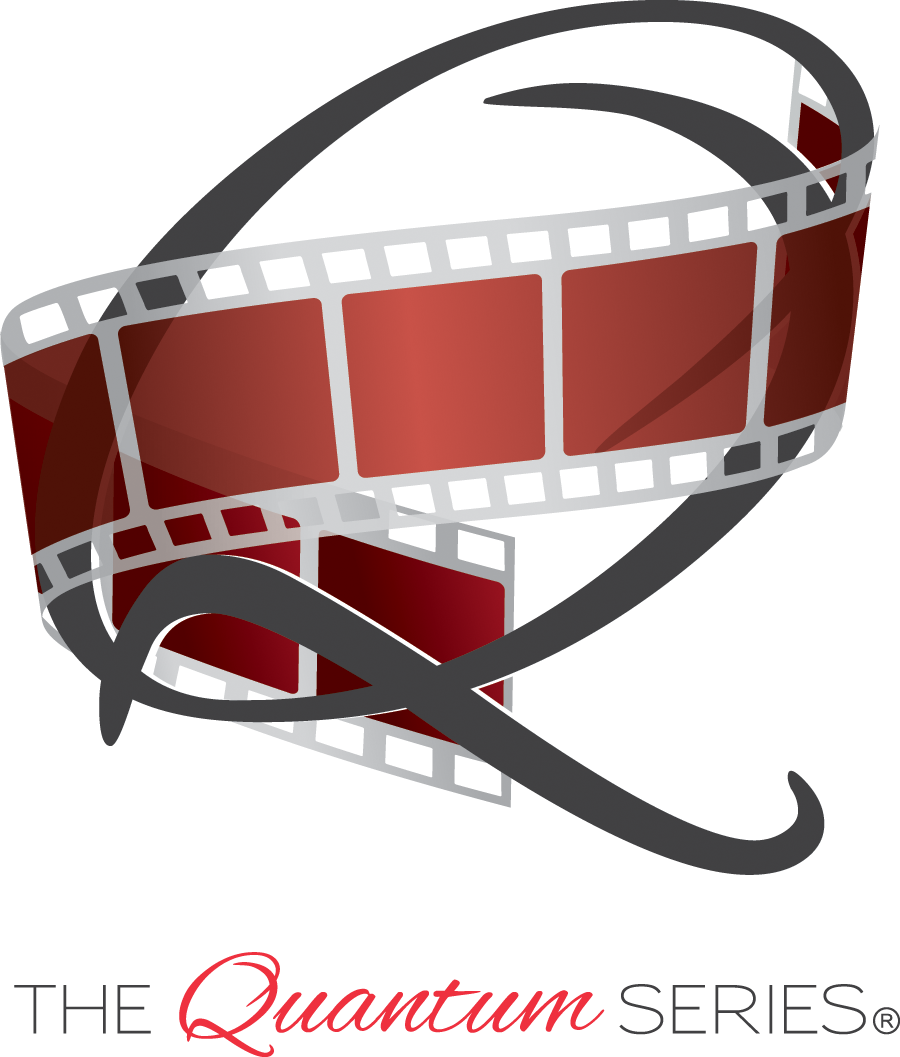