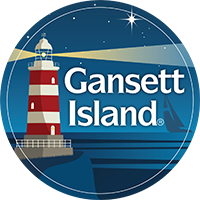 “Mommy,” Thomas McCarthy said over a mouthful of spaghetti, “where do babies come from?”
His mother, Maddie, who’d been in the middle of taking a drink of water, coughed mid-swallow, and water came flying out of her mouth and nose. Her three-month-old son Mac, asleep in her arms while she ate with one hand, came to life with a mighty howl after being doused by cold water. Maddie soothed the baby while she continued to cough water out of her lungs. She glared at her husband, Mac, who stared at her with a deer-in-the-headlights look that made her laugh as she coughed.
What a shit show.
“Mom!” Thomas said. “Stop coughing and tell me where babies come from.”
“Ask Daddy,” Maddie managed to choke out. “He’s much smarter about those things than I am.”
“Even though you had baby Mac in your belly?” Thomas asked.
Her husband raised a challenging brow in her direction. “Yes, Mommy. After all, you carried our babies. You would know better than me.”
Maddie glared at him. “Babies come from mommies and daddies who love each other.”
“Like when you and Daddy were wrestling and I thought Daddy was hurting you?”
Maddie whimpered as Mac rocked with silent laughter. She would kill him later—and she would make it hurt. She’d hoped Thomas had forgotten about the mommy-and-daddy-wrestling incident, also known as him catching them having sex and then thinking Mac was hurting her because Thomas thought she was crying. That still ranked as the single most embarrassing moment of her life. “Just like that,” she muttered. “Eat your dinner and don’t talk with your mouth full.”
“I want a baby,” their two-year-old daughter, Hailey, said.
With his face gone pale with shock, Mac reached over to wipe spaghetti sauce from her mouth. “No babies for Hailey as long as Daddy is alive.”
Maddie rolled her eyes at him.
“Babies,” Hailey said emphatically, giving her father a pointed look as she banged her spoon on her high chair tray.
“Can I take baby Mac for show and tell about where babies come from next week?” Thomas asked.
“I need a drink,” Mac muttered. “A very stiff drink.”